According to Shinji Ohmaki, culture, like nature, is formed layer by layer. New generations continue to build on a large foundation which does not disappear. Such are also the origins of the city of IJlst. The old, largely wild stinzen plants are signs of that invisible foundation, and of mankind’s role in its development. The fountain ‘Immortal Flowers – Rikka’ connects flowering stinzen plants, as an element of Frisian nature, with Ikebana, an old form of Japanese flower arrangement. The fountain symbolises the eternal connection between man, culture and nature.

Source of inspiration: the city’s origins in the Ylostins and the Frisian stinzen plants
Location: a specially created park near the Dassenboarch
Address: De Dassenboarch, 8651 NE IJlst 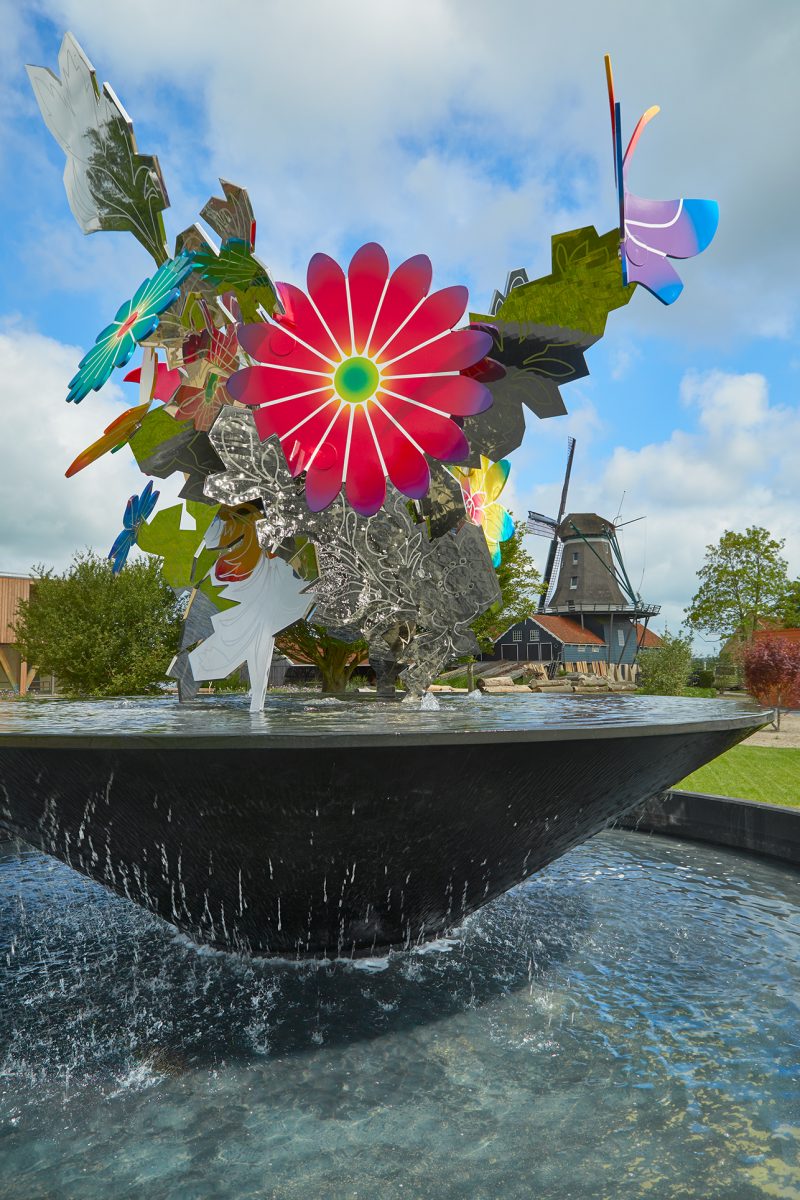 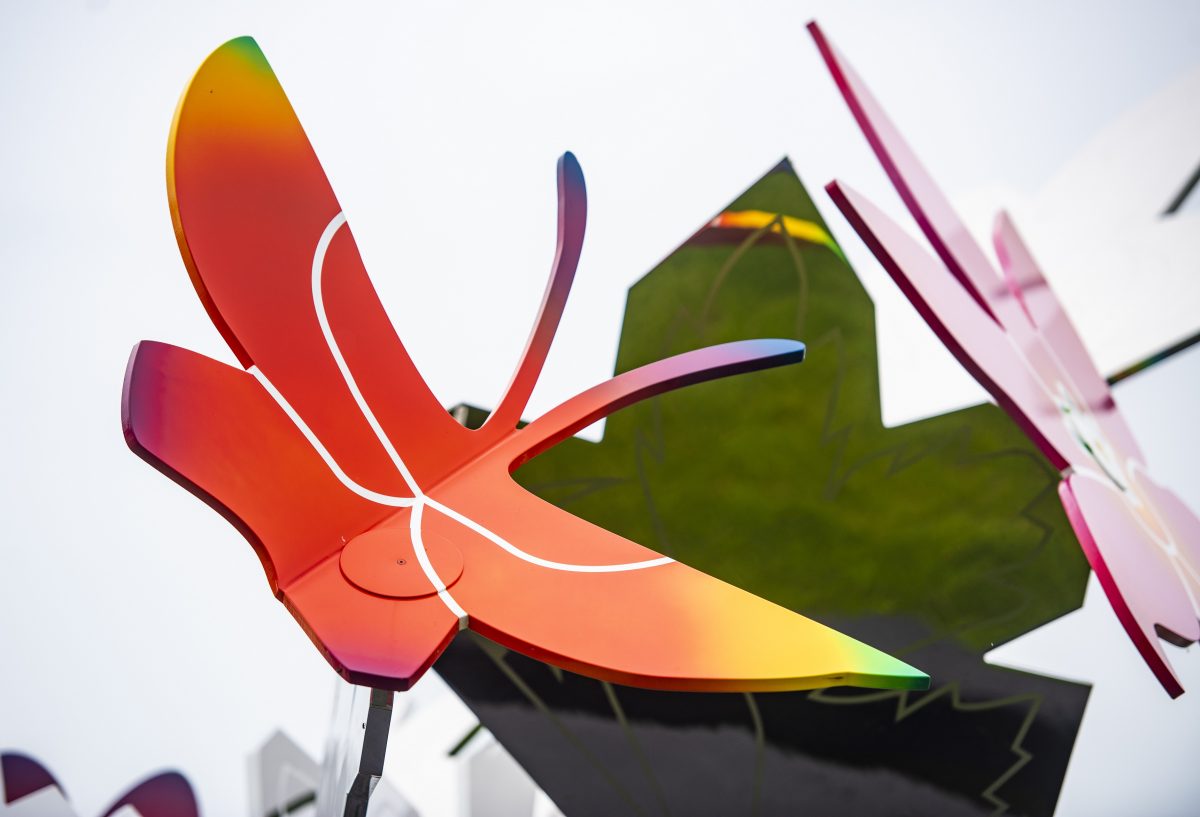 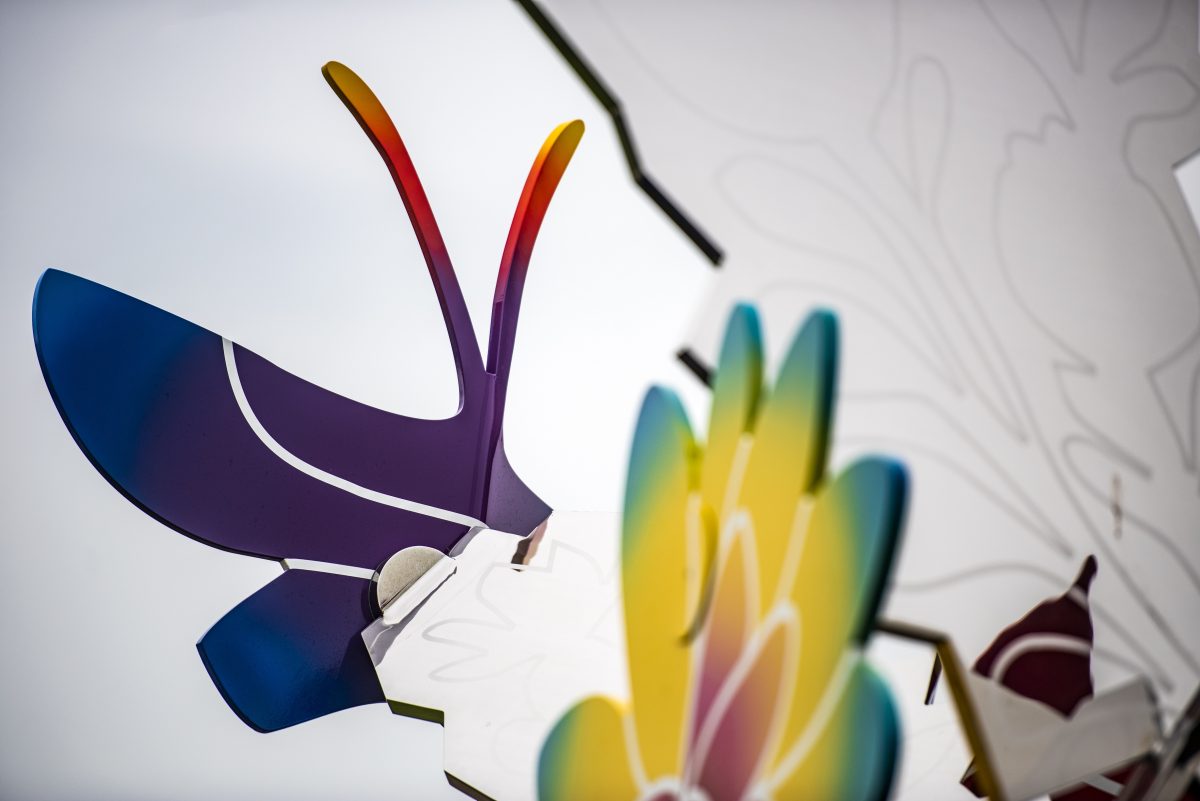 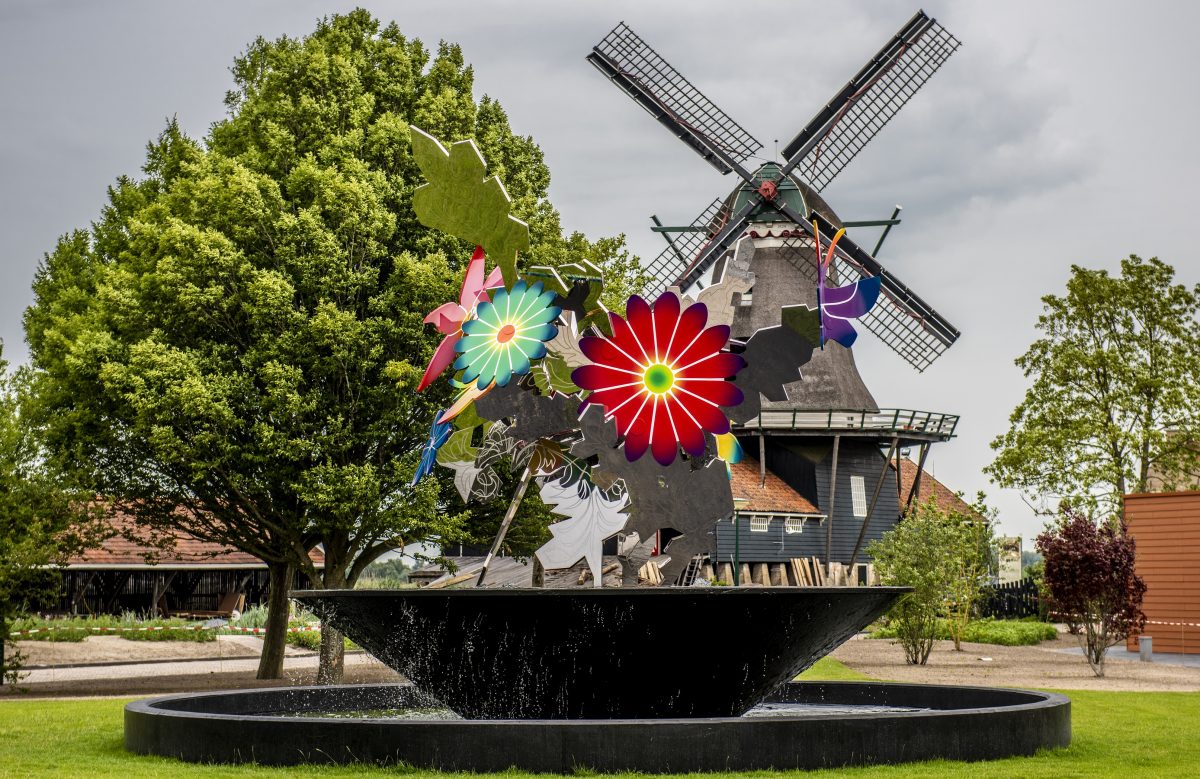 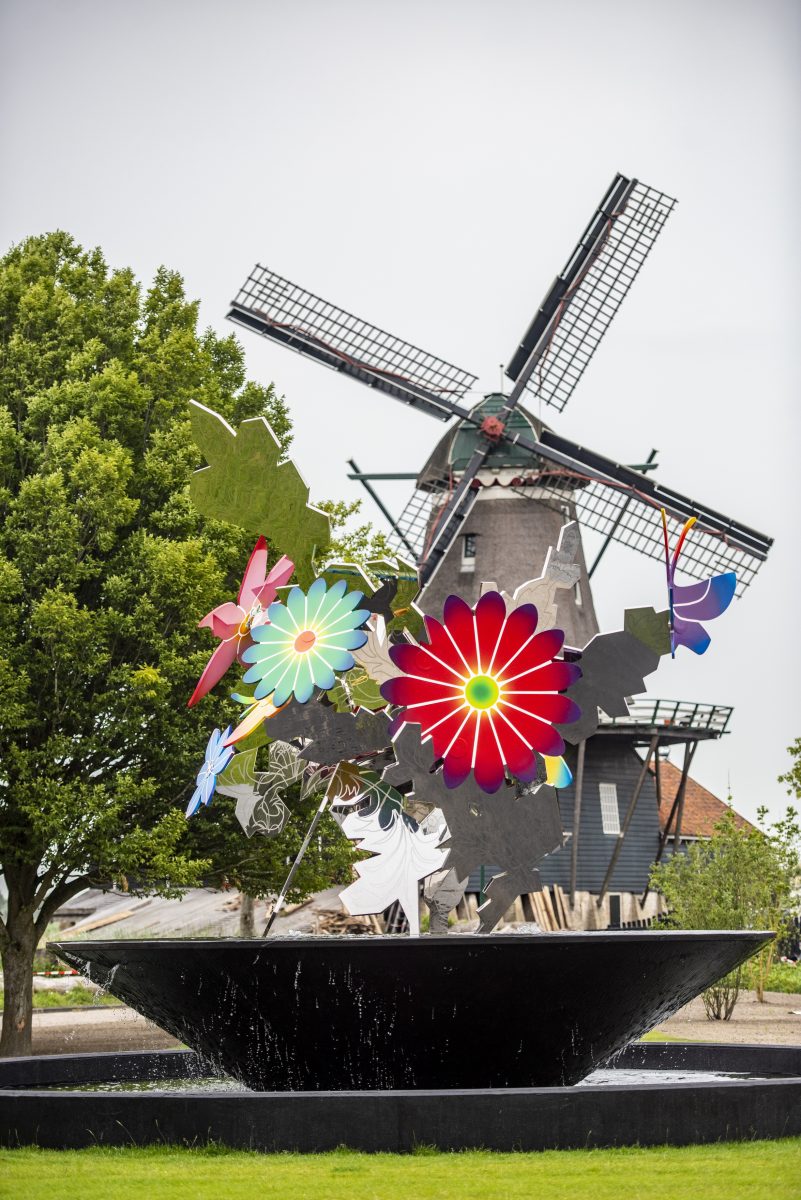 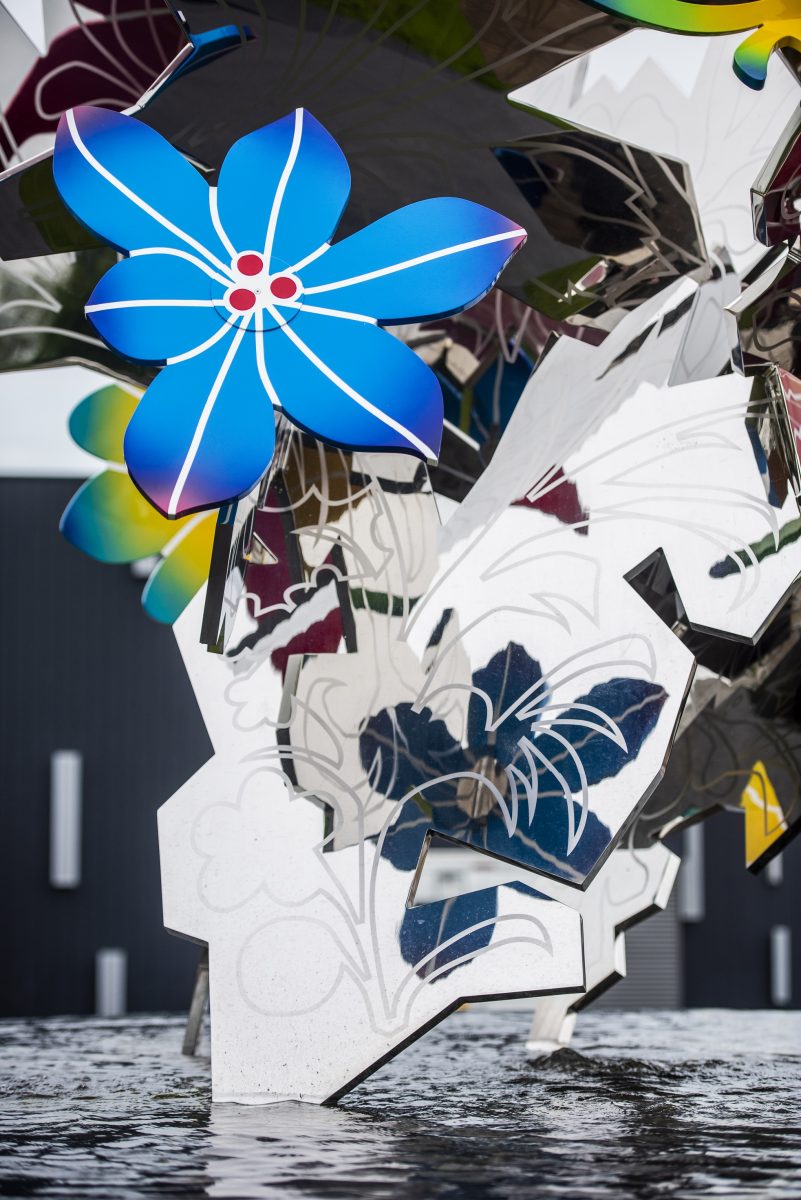 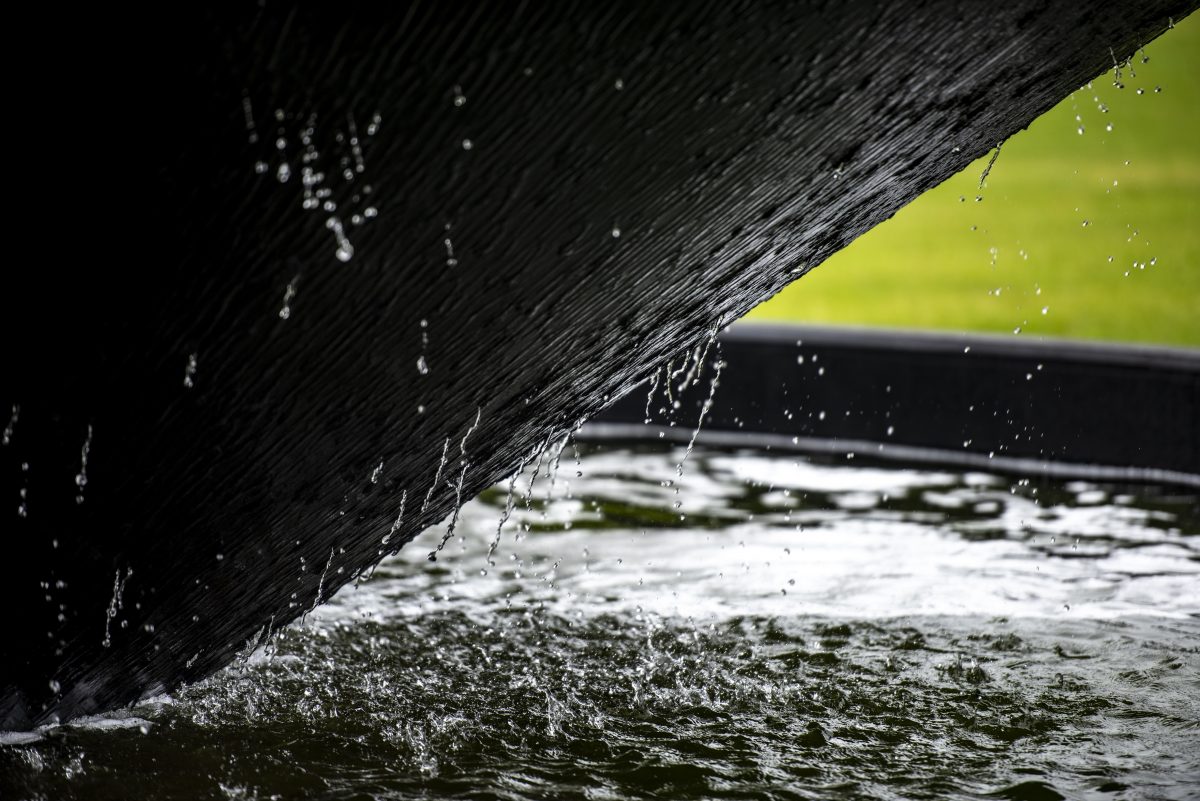 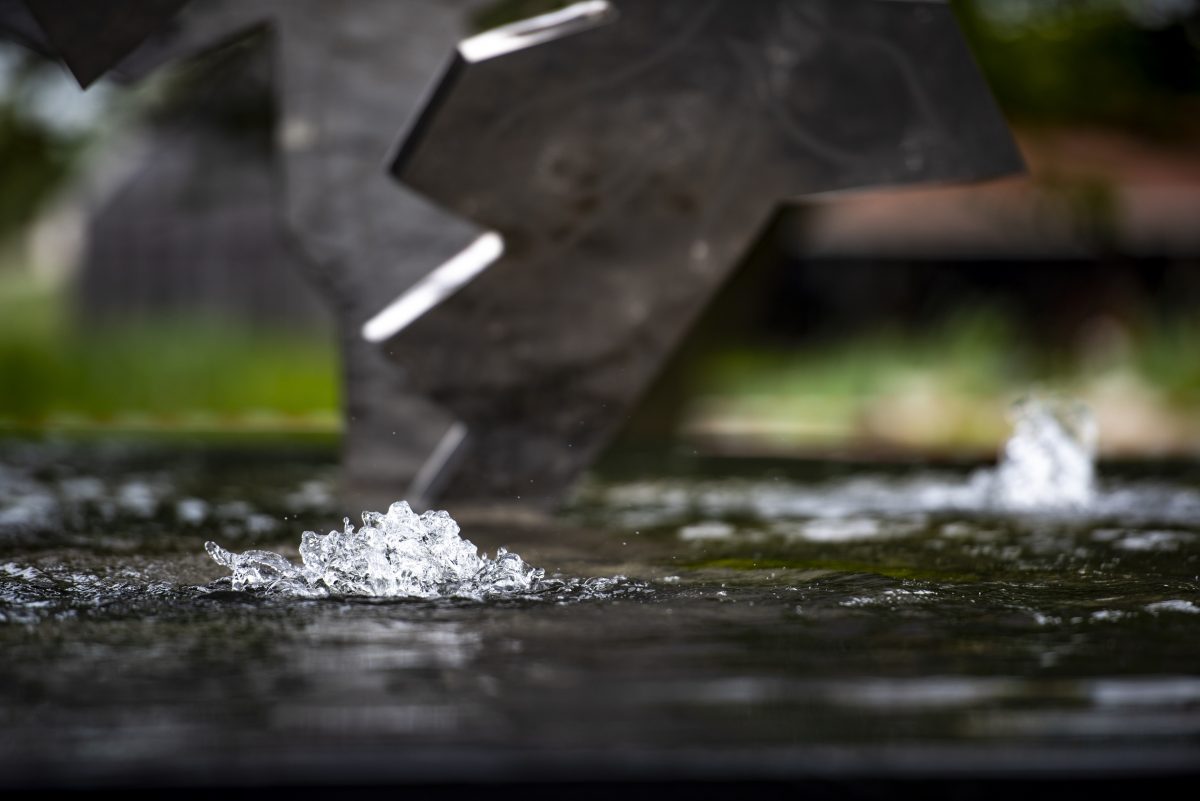 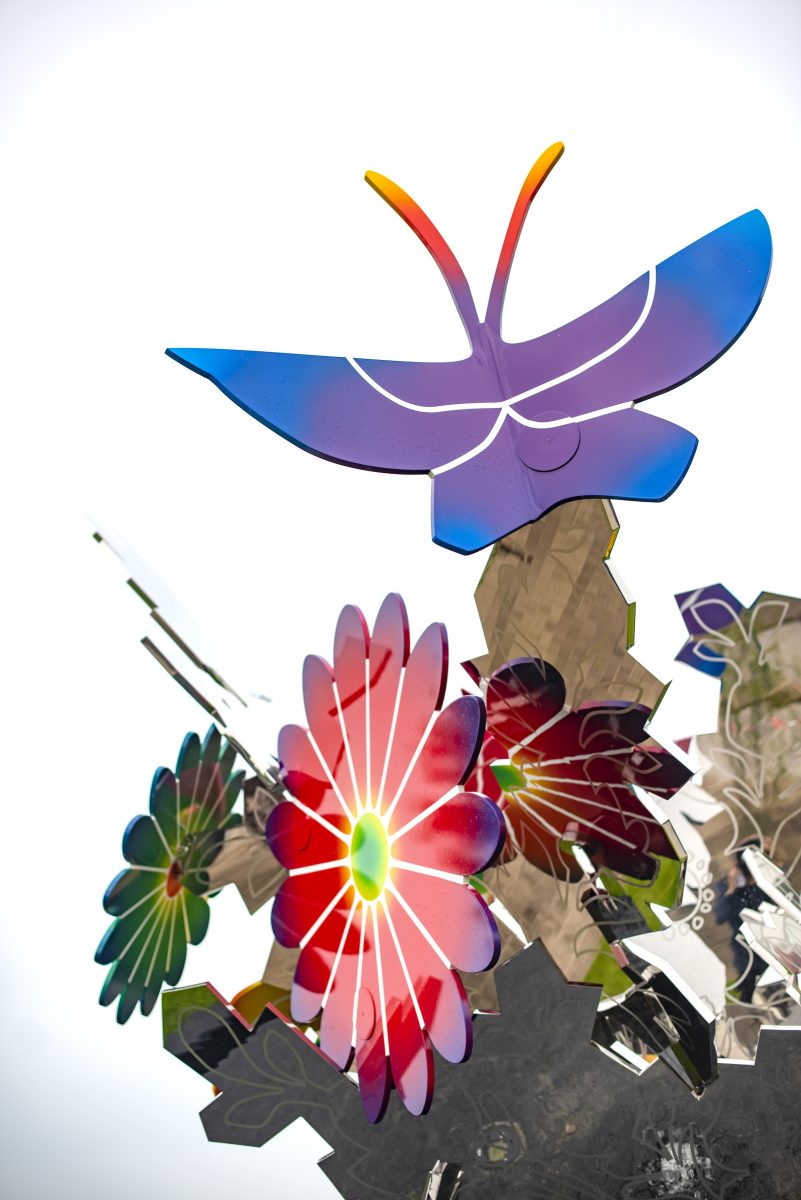 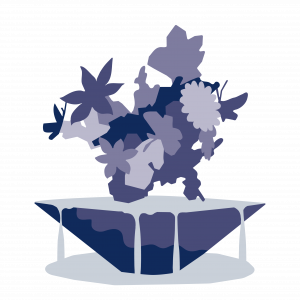 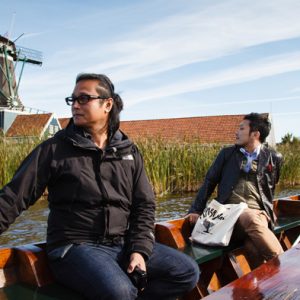 ‘Memory speak’, could be the motto of Shinji Ohmaki (1971). All his sculptures, videos and installations originate from his research into what once was, but has disappeared from our memories. Old crafts, lost traditions, lost species of flowers: to him, they are not gone but buried under the dust of time. As an artist, he believes it is his duty to bring their beauty back to life.

He covered the walls and floor of a large hall with old floral motifs in colourful pigments that gradually disappeared under the footsteps of the visitors. Ohmaki is well-known in Asia, but also draws international attention. In 2016, one of his large sculptures was unveiled at the Garden Terrace Kiocho in Tokyo. He won several major awards.

Those who enjoy a type of culture that leans towards folklore should definitely pay a visit to the beautiful city of IJlst. This small town has several protected townscapes, unique waterside gardens along the canal and old mills that are still in use.

It’s also a town that seems to dream of old crafts, is graced with beautiful stinzen (Frisian mansions), and is also known as the Wood City. During this 40-minute walk, we share all the ins and outs of this charming city. 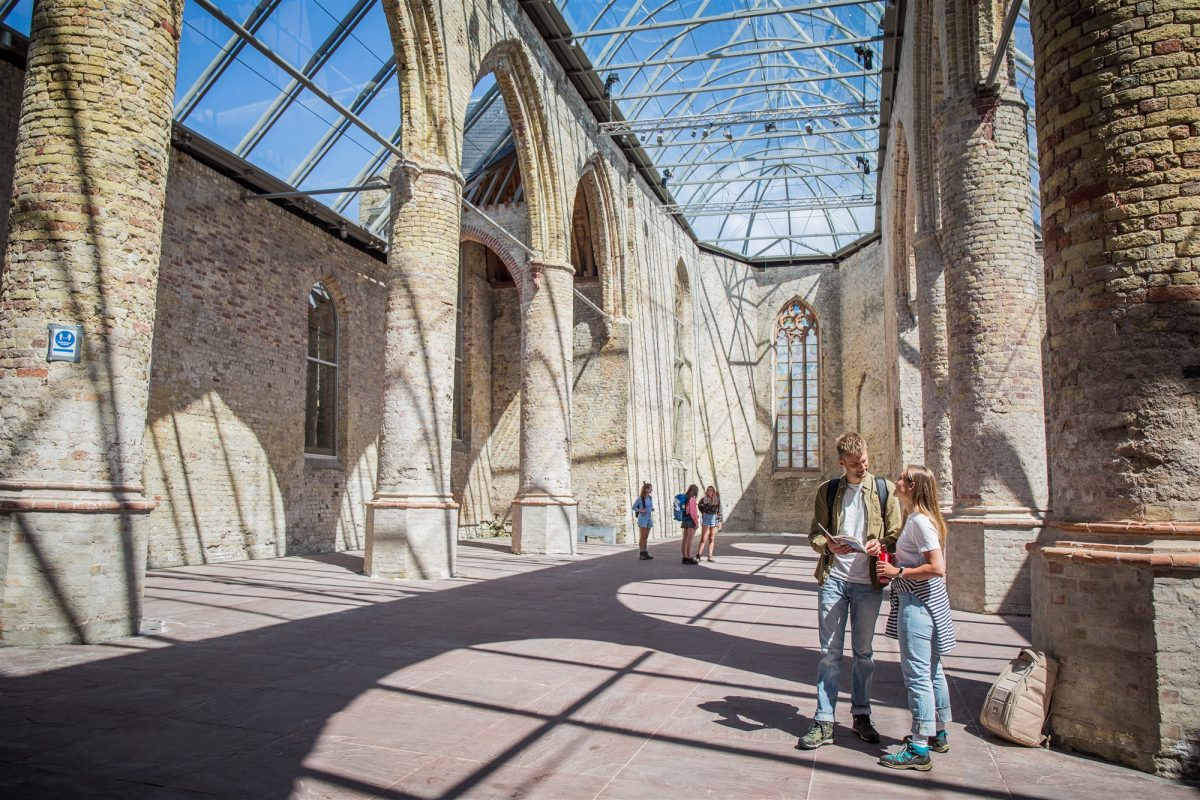 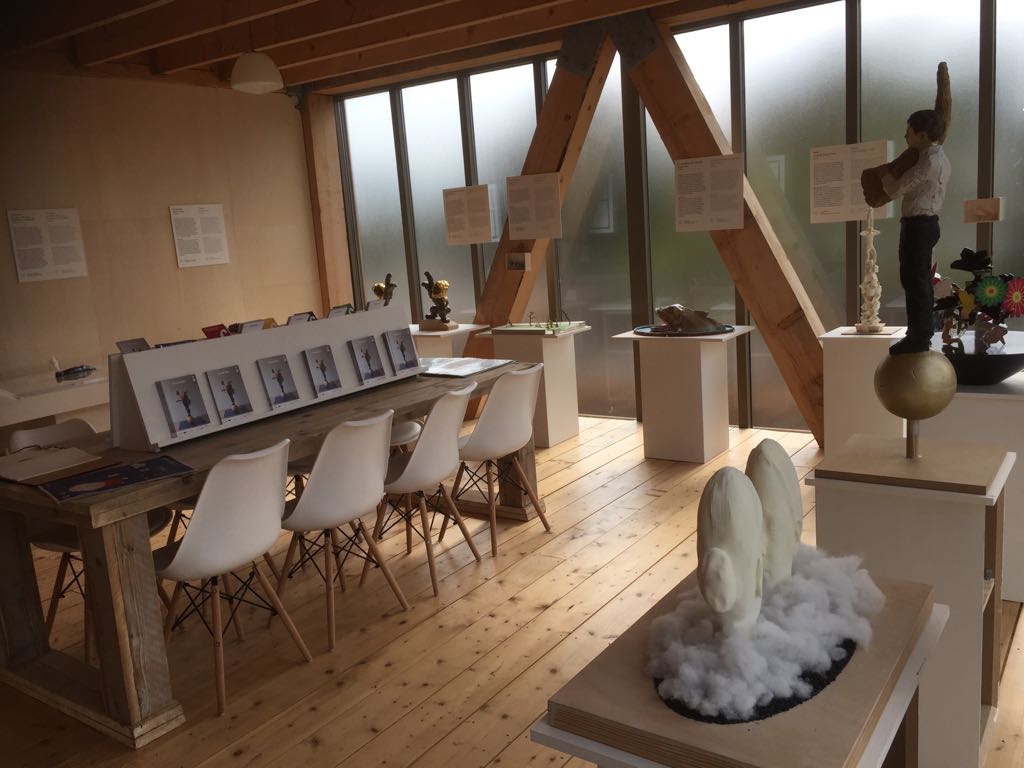 Exposition 'The Tour - the story behind the fountains' in IJlst

Are you curious about the story behind 11fountains? In that case, we recommend you visit IJlst. In Museum and Workshop Houtstad IJlst, ‘Het Lokaal’ has been set up as an exhibition space for the 11 fountains. Last year, the exhibition was held on board the historic sailing barge De Tromp and more than 10,000 people […]