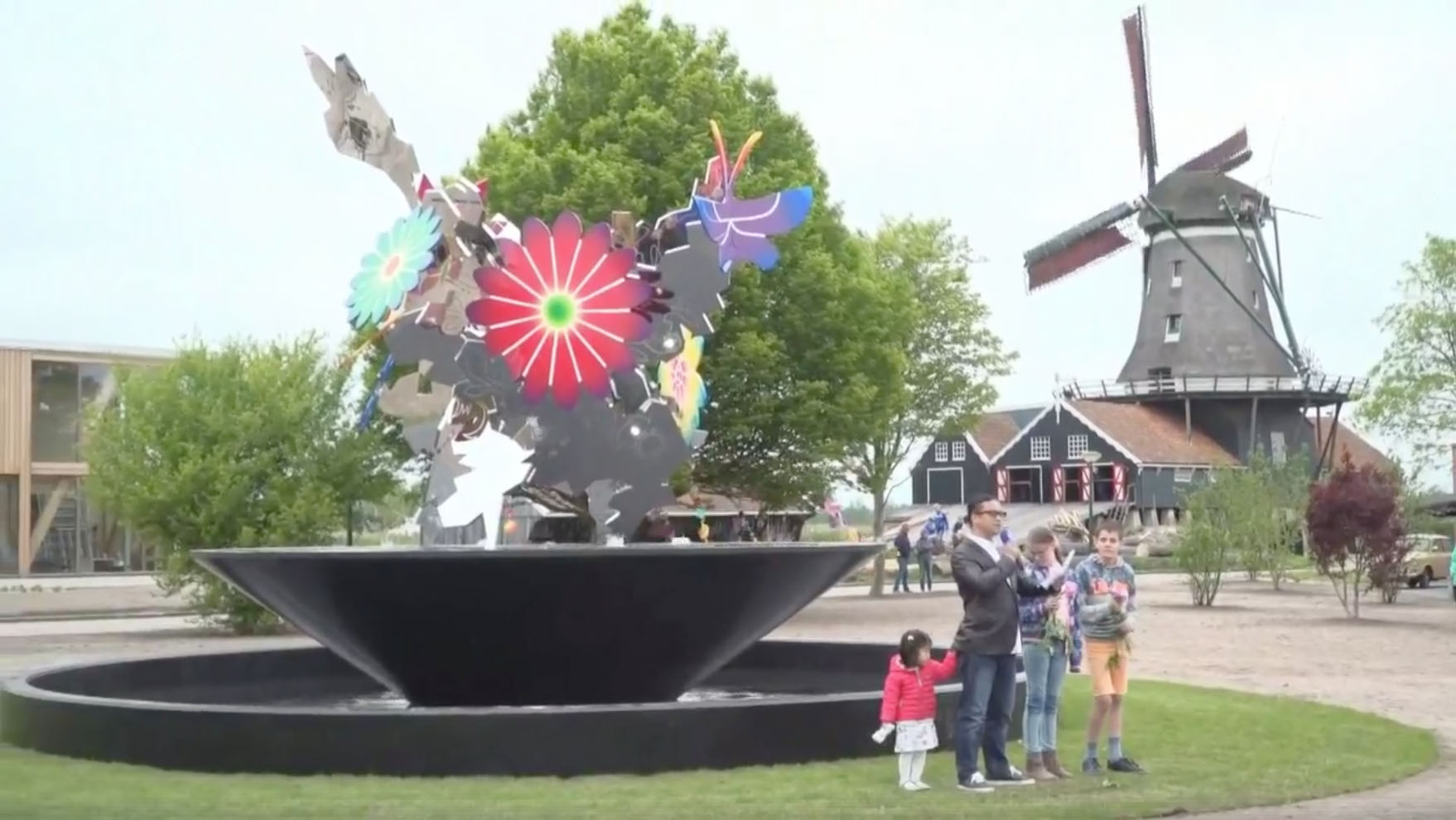 From the first time I visited Friesland, three years ago, I saw how the people who live here have spent an immense amount of time developing land, and have always lived with nature. I saw how the people dealt with the enormous force of nature and how they created land to live on. This resulted in a wide variety of customs, such as creating artificial lakes, ice skating and ‘fierljeppen’ [pole vaulting over a canal]. I wanted to tie in a lot of that landscape and those habits with something Japanese and express that.

That something became “ikebana” (the Japanese art of flower arrangement). Ikebana is one of Japan’s traditional arts and it represents the relationship between nature and man. “Rikka” is a form of ikebana that centres around the idea that nature springs from the cycle and harmony of all things, and focuses on knowing nature’s providence. The origins of Rikka supposedly go back to ancient animism, when people made floral offerings to the gods in the form of “standing flowers”.

Intuitively, I felt that through Rikka I could express how the people from IJlst have always lived near and on the water (nature), and decided to use it for a fountain symbolising the Frisian IJlst. “Immortal Flowers – Rikka”: The eternal flowers arising from the surface of the water symbolise life and time and are the pivot in the ever-changing landscape. Sometimes they reflect the light or cast a shadow on the entire space, interacting with the environment, and by mirroring the changing seasons and city on the reflecting surfaces, they make a connection with the present.

I hope that the fountain, together with that space, will become a place that, from the past to the future, will merge people’s memories and time.