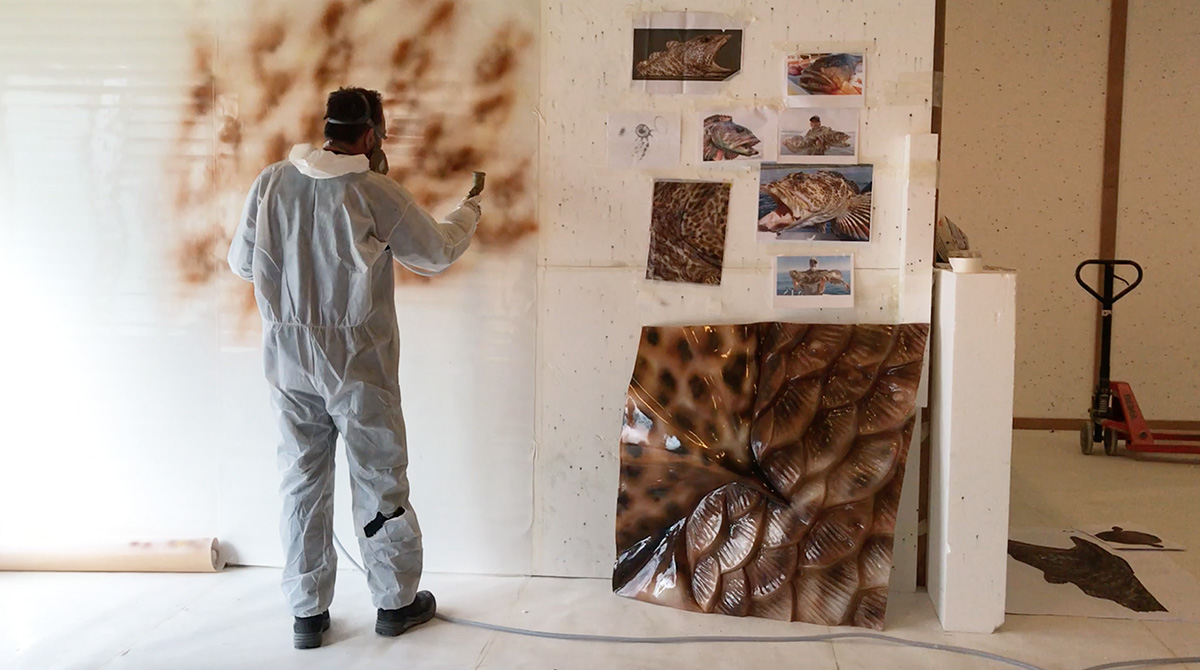 The fish receives its colour

Almost the entire construction of the fish (see ‘The fish gets its shape‘) was done by Rots Maatwerk. The next step is the finishing, which includes applying the coloured skin. Ron Holthuysen came over from America to be in Tilburg at this stage of the realization.

On 21 March, the building team of 11fountains and the city council Súdwest-Fryslân will also have a look, accompanied by Klaas Zwaan, the chairman of fountain commission Stavoren. The decorator is making a test piece.

As it turns out, the design of the fish was inspired by the ‘lingcod‘ (Ophiodon elongatus); a prehistoric looking fish that lives in the north-eastern part of the Pacific Ocean, the west coast of the US. And now: the fish.

What will be done next? The makers explain it to us: 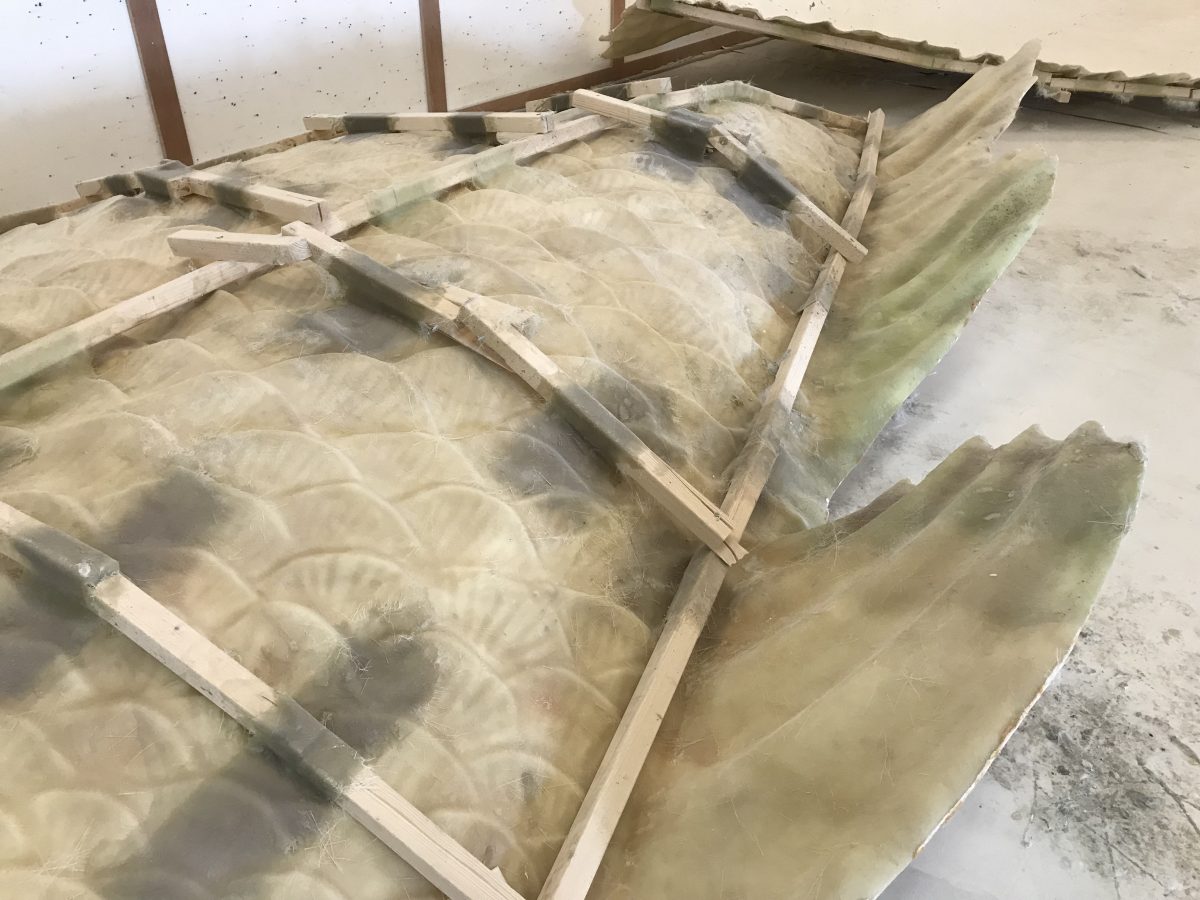 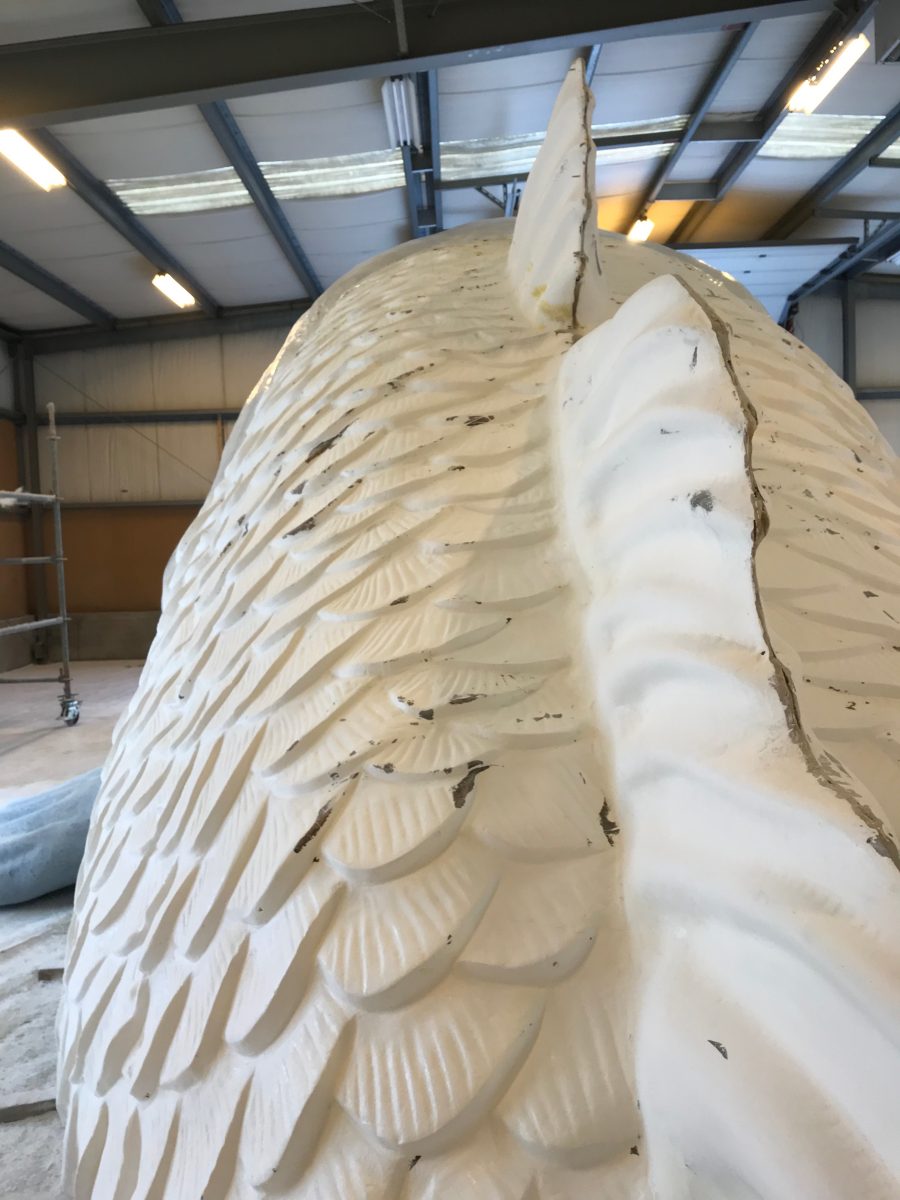 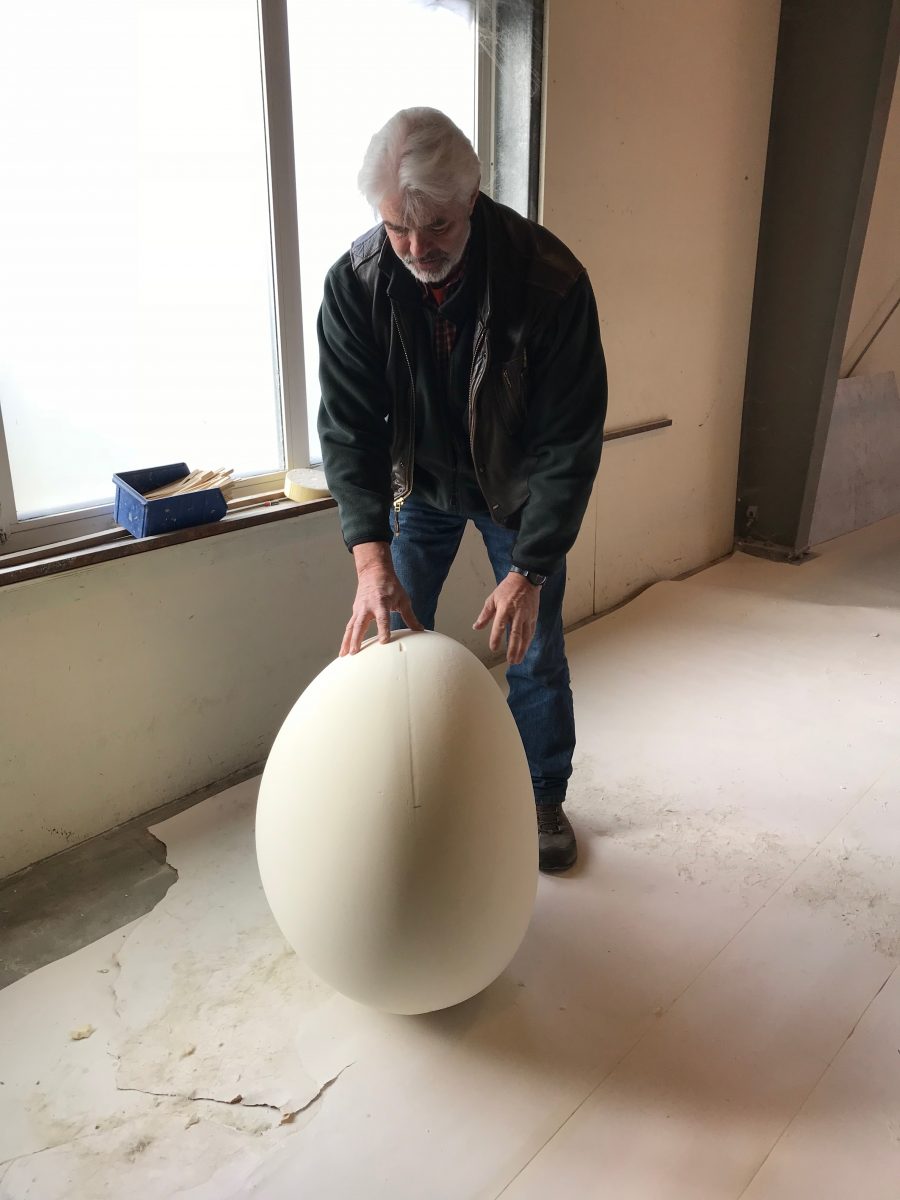 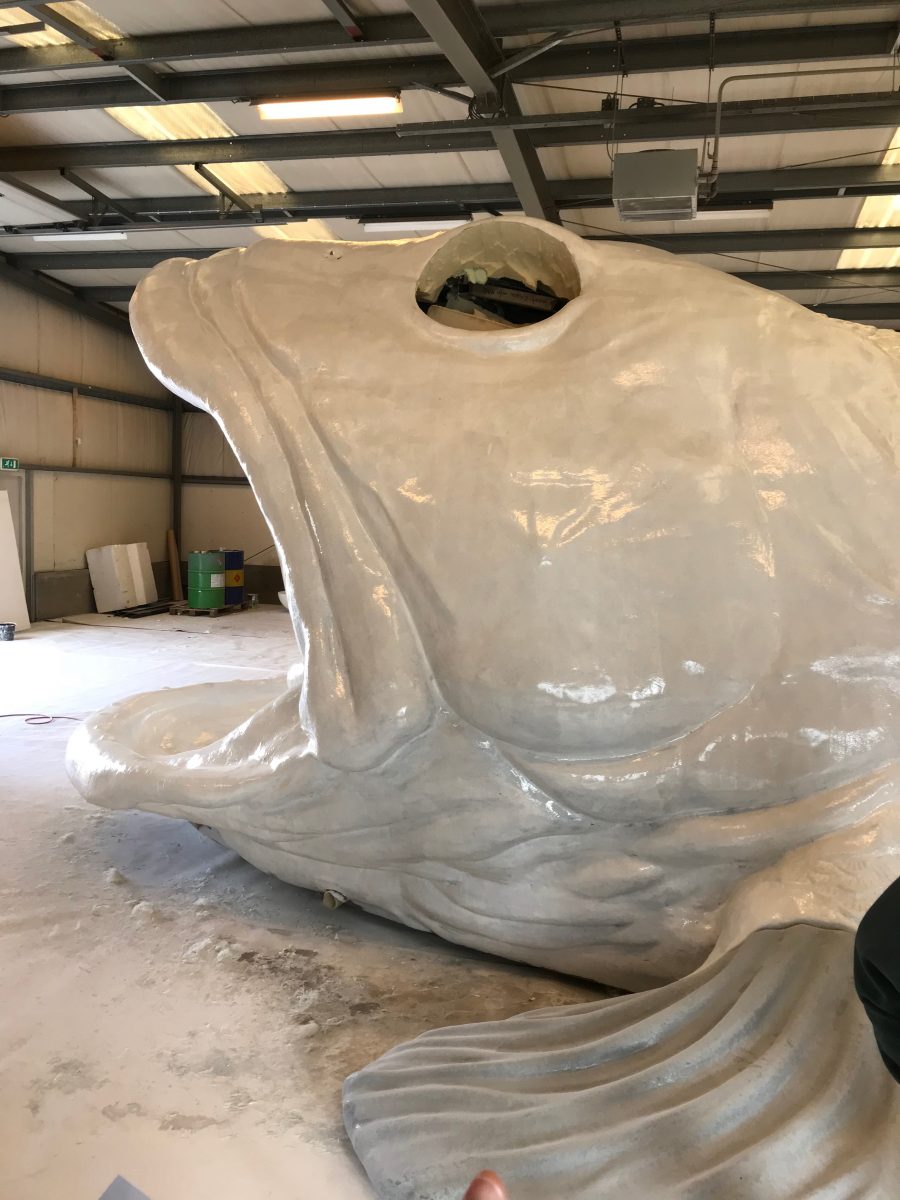 Decorator Dré Smulders has finished the first scales. Also, the eye is starting to look like a real eye.