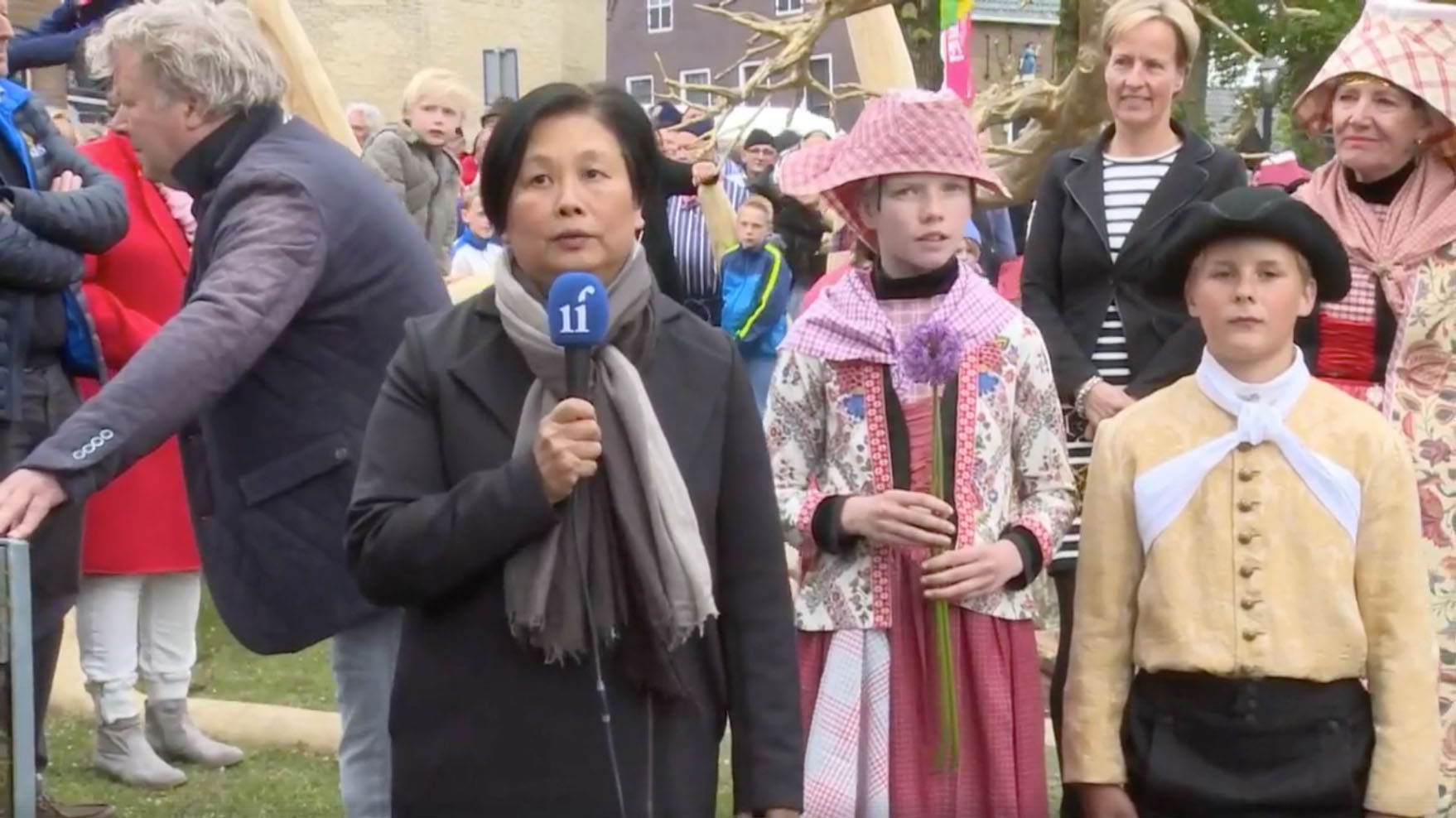 I feel very honoured that Anna Tilroe has invited me to participate in this 11fountains project.

The concept for my fountain was inspired by the history and culture of Hindeloopen and the coat of arms of the city. The coat of arms depicts a stag and a doe flanked by the mythical tree of life. As a symbol for the stag, I have used antlers and the old copper tree symbolizes the cultural history and spirit of Hindeloopen. The birds in the trees squirt water at each other as if they are chatting.

This fountain has four elements: antlers, a water basin, a tree and five birds. The large antlers were made in the area. The other three elements come from North and South China. The basin is made of natural river stones from southern China. These stones have been in the water for a long time, in harmony with the current. The birds were made in a small workshop near Beijing. They owe their beautiful colours and texture to traditional Chinese craftsmanship, inherited from the imperial production of decorative objects during the Ming and Qing dynasties.

This fountain refers to the history of a small town in the West, but also to the oriental culture and techniques. It’s a mix of different cultures.