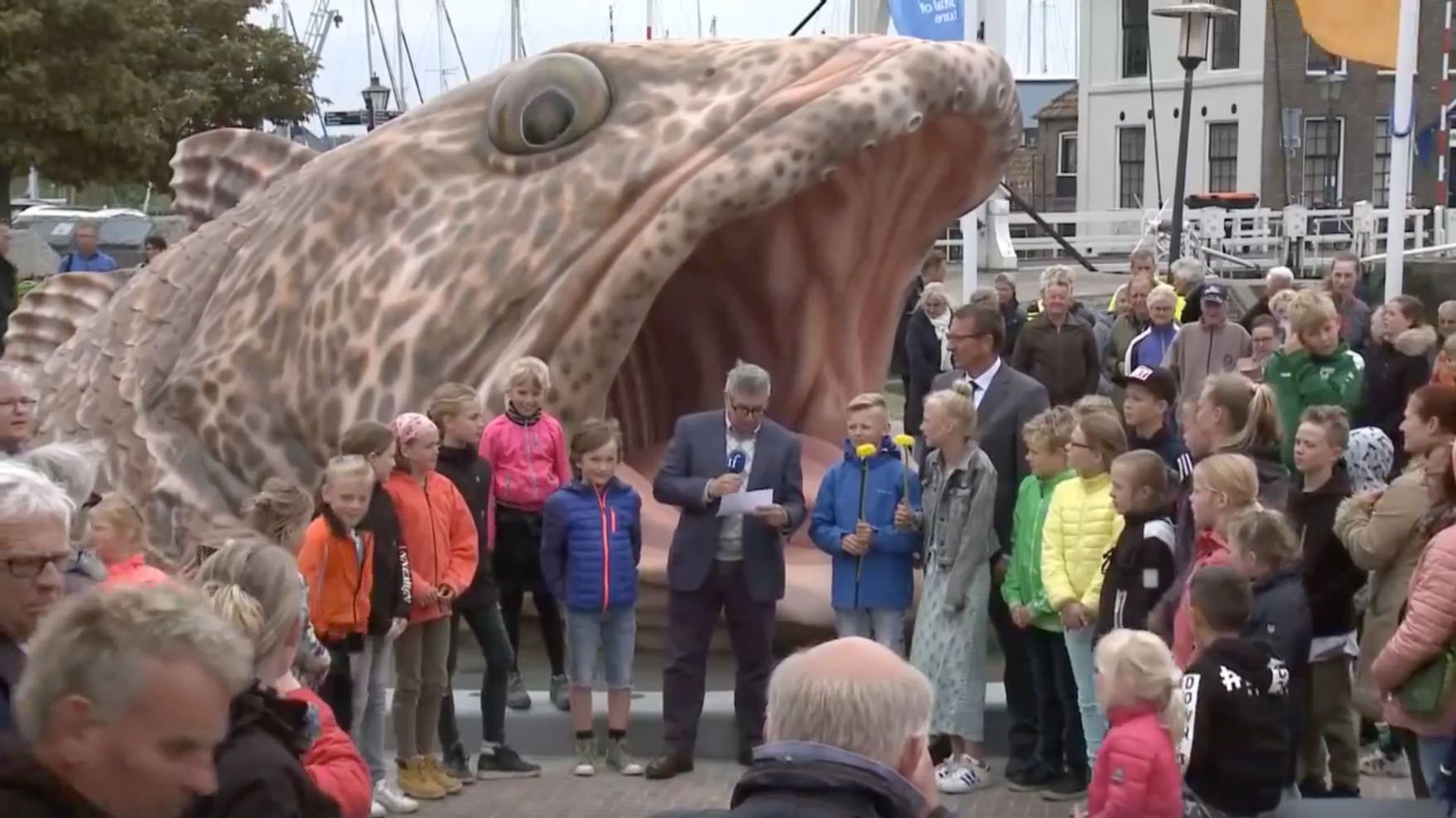 I am very honoured to be here today to unveil the Fish Fountain for Stavoren. It is in particular a privilege to be standing in front of the inhabitants of the oldest city of Friesland, Stavoren. Water plays an important role in Stavoren, it defines the activities of its residents, its economy, its social history and its cultural identity. I too come from a city shaped by water: New Bedford in the state of Massachusetts. I immediately felt a connection with Stavoren and especially with the passionate and visionary people of the fountain committee, who helped me in the design of this work. I hope they are as happy and proud today as I am. It has been a very special experience for me.

Fishing and the fish trade are part of Stavoren’s cultural memory and economic and social reality. That’s why I thought of fish when I explored the city. I wanted to make a fish of remarkable size. I thought that the citizens of Stavoren deserved a fountain monument – the ultimate fish from all fish fairy tales.

This fountain is not only a visual spectacle but invites you to interact with it. The fountain evokes play, the grotesque and the carnivalesque. But it also refers to something more serious: the feeling of having lost something truly wonderful that once belonged to life in the sea.

I stand before you as the artist of the project, but the Fish Fountain would not have been there without the companies and people who made it possible. I hope that, in the sheer excellence of the completed work, their efforts will be recognized for a long time.